Biggest windsurfing event in the US in the last 20 years

Its not often you can get the best of both worlds but this past week I think it just happened.
With 150 Techno-293 charter boards, BIC Sports set up camp at crissy field for the biggest windsurfing competition the US has seen in over 20 years.180 junior windsurfers form 29 different countries took part in the Youth and Junior Windsurfing World Championships, hosted by the St. Francis Yacht Club. 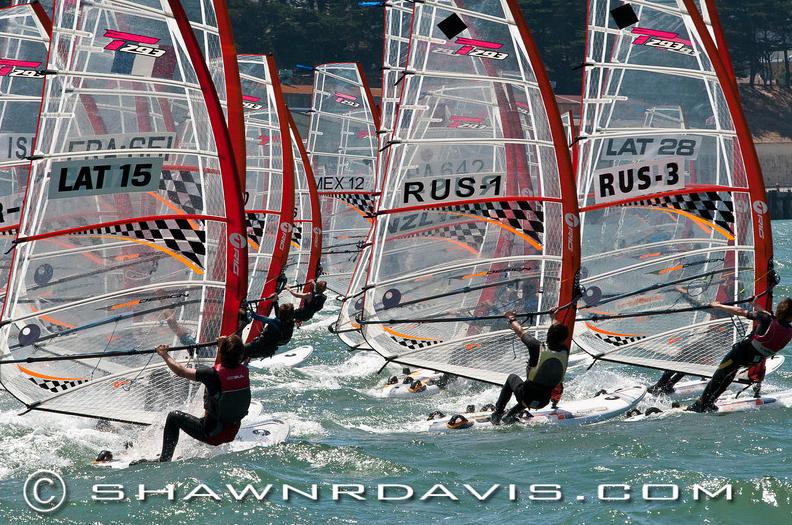 I think the average age of the St.FYC was lowered by 40 years as the under 17 and under 15 year old kids took over the starting line room and main courtyard the entire week. One foreign junior windsurfer even remarked. “not only did they let me in the club but an old guy in a blue blazer even asked me how my racing went!”

The Techno 293 class is doing something right- charter boards, social activities after racing and even an unofficial ‘round the rock race‘ after the official course racing was done on Sunday for the complete Alcatraz and San Francisco Bay experience. They also made sure to have a professional videographer to document the whole thing. The result- a professional looking media package that went out to thousands of viewers every day.

The opening ceremony saw a special appearance from the visiting prime minister of New Zealand who greeted his fellow country men and wished them luck at the competition. After a full flag procession of 29 countries through the yacht club, the regatta was open and the big breeze followed. For 3 days on 2 different courses, the fleets battled a big flood tide and winds up to 25k. Local San Francisco Bay 15 year old windsurfing prodigy Marion Lepard (US-143) led the charge with a string a bullets in the U-17 girls fleet. Her biggest foe was about to come as the the last 2 days of the regatta saw a lighter and more flukey breeze. 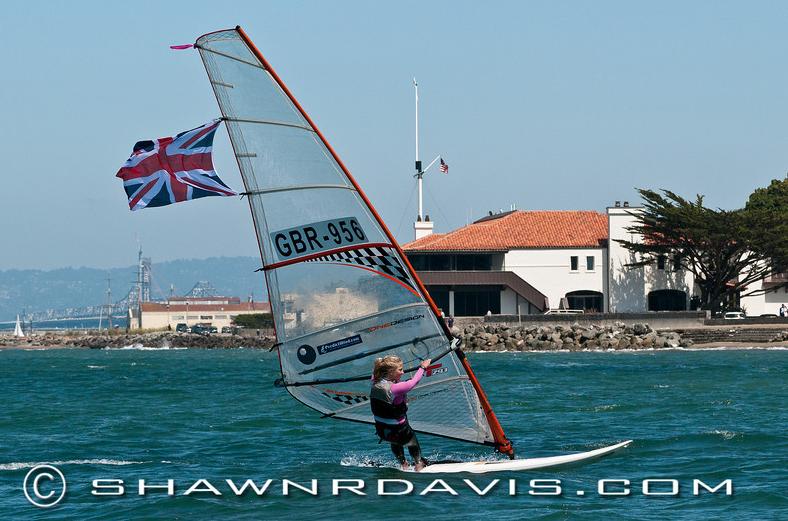 At the end, it was the British team of windsurfers who swept almost every class from the U15 to U-17 placing at least 2 sailors in the top 3 in most of the 5 classes. Twin sisters- Imogen Sills (GBR 561) and Saskia Sills,(GBR 956) managed to get between Marion on the last day and the US star had to settle for 2nd. In the boys U-17 fleet, it was 1-2 for the UK Team placing Kieran Martin (GBR 926) and Adam Purcell (GBR 62) juat ahead of Bell BAZ (ISR 619.) In the U-15 girl class Emma Wilson (GBR  961) overtook Shai Blank (ISR 951) and Emily Hall (GBR714) to take home yet more hardware for the UK team. The U15 boys saw Mattia Onali (ITA134) above Artiom Javadav (BLGR 766) and Mikita Tsirkun (BLG 714) on the podium. The French team led the open class with sailors over 17 sailing the same BIC Techno 293 one design board and rig. Julien Bouyer (FRA 192) and Marc Lavaud (FRA 434) took the line honors above Alejandro Monllor (PUR1.)  Despite the raceboard class having a small fleet, it was Vincent Uegenin (SUI9) on top above Fernando Consorte (ARG 155) and Jean Asia (FRA 171) 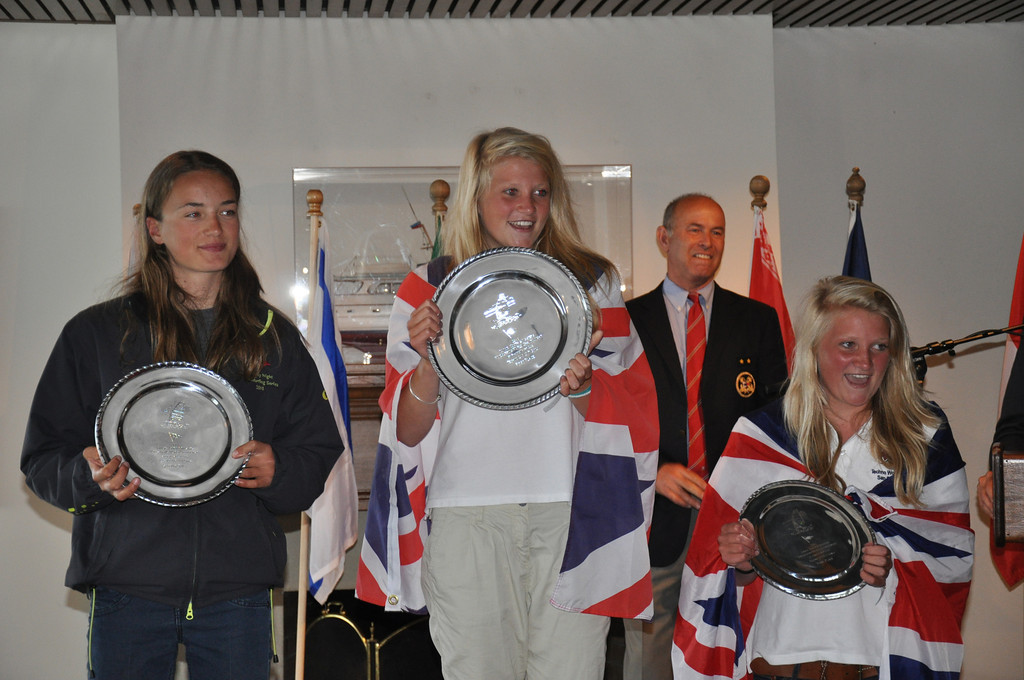 Win, lose or draw, Im betting you’ll see most of these windsurfers competing for years to come. The grin on their faces was ear to ear and thats something that hard to wipe off an impressionable 16 year kid in a wetsuit surrounded by 179 of his new closest friends.
Kudos to the 110 volunteers and professional race crew at the St.FYC for pulling off one of the best regattas Ive seen in a long time. Hopefully a sign of things to come!
Event website
Photo credit: Shawn Davis & David Wells